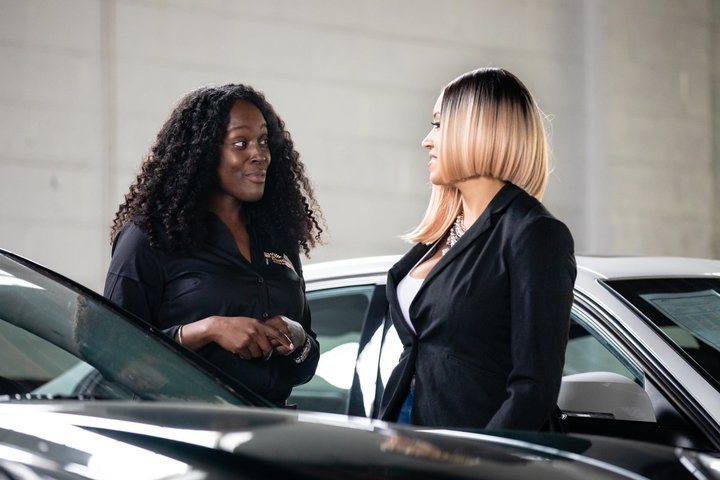 Monique Belgrave, Dealer Principal at Consumer 1st Auto Group in Hasbrouck Heights, New Jersey didn’t realize when she went searching for her first car, it was going to lead to a career opportunity. “I got my first car, a 2004 Nissan Maxima, it’s actually the exact car as over there,” Belgrave points across her dealership. “Except it was an olive color.” A few weeks after her purchase, the dealer she bought that Maxima from called her and asked if she would be interested in working for him. Monique accepted and started out answering phones. However, she quickly realized that the way business was being conducted just wasn’t efficient and decided that she could run a dealership better on her own. “I said I can do this! We started out with just two cars and it has grown from there.”

Belgrave attributes a lot of her early success to the guidance she received from her Performance Manager, Jon Santiago. “When you’re in this business as a young female, you don’t know who to trust.” But since Santiago’s been there since the beginning and has always been just a phone call away, Belgrave felt confident taking his advice. “I know Jon isn’t going to steer me in the wrong direction. From the beginning he was there, he had all the answers and just blew me out of the water.”

At one point Belgrave said things weren’t going as well as they could and it was Santiago who helped her get back on track. He strongly encouraged her to use tools like vAuto which provided access to market analytics and helped her know what inventory to buy. Santiago also encouraged her to utilize more of her floor plan so she could increase the inventory options at her dealership. “Having NextGear Capital as a floor plan has allowed for us to be able to expand our inventory: from a Ford all the way to a Porsche.”

It was after this change when things really started to turn around. Belgrave started doing so well with her floor plan  in fact, that without even asking, NextGear Capital extended her additional credit. “It made me feel like I was doing good, I made sure I did everything I needed to do. I made my payments on time and I made sure I did the audits the way they needed to be done.” Belgrave added with a giggle, “I can’t wait to see what I get approved for next!”

Another feature in Account Portal that helped Belgrave was Rapid Pay. “Having access to Rapid Pay has significantly benefited us. If a customer wants to trade in a car, we have their title and can cut them a check instead of waiting for the car to sell. There’s so much more we can do because of Rapid Pay.”

She went on to explain how her transactions with local wholesalers have improved since she started using Rapid Pay. The wholesalers see reliability in a line of credit with Cox Automotive, and appreciate that Monique uses a reputable floor plan provider. Wholesalers will now provide her with copies of tiles so she can get the cars on the lot before they’re paid off. Allowing her to have more inventory to offer her customers. “When we’re buying inventory from wholesalers and using NextGear Capital, it gives us creditability because they knew that we have NextGear behind us.” 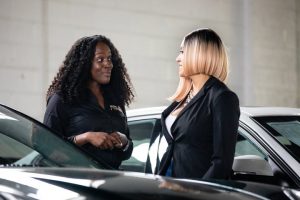 Being a single mom to three boys also helps keep Belgrave motivated. “I like to provide for my boys and my family.” Her oldest son is 15 and is so proud of his mom that when he goes to school, he makes sure that his teachers know that his mom runs a dealership and that they should be buying their cars from her. While her 6-year-old has become quite proficient in identifying the make of all cars on the lot having spent so much time at the dealership and can point at any car and identify who the manufacturer is.

Even though Belgrave wants to run a successful business that she can pass down to her sons in the future, at the end of the day it isn’t just about how many cars she sells, it’s about the way her customers are treated. “The name of the business is Consumer 1st, and we want to make sure the customer leaves here knowing it wasn’t just about a sale, it’s about making sure your family is safe in a vehicle.”

With a growing team behind her she says that it’s only a matter of time before they dominate their area. “I don’t want to be mediocre; I can’t be regular and there’s no telling where this will go.”