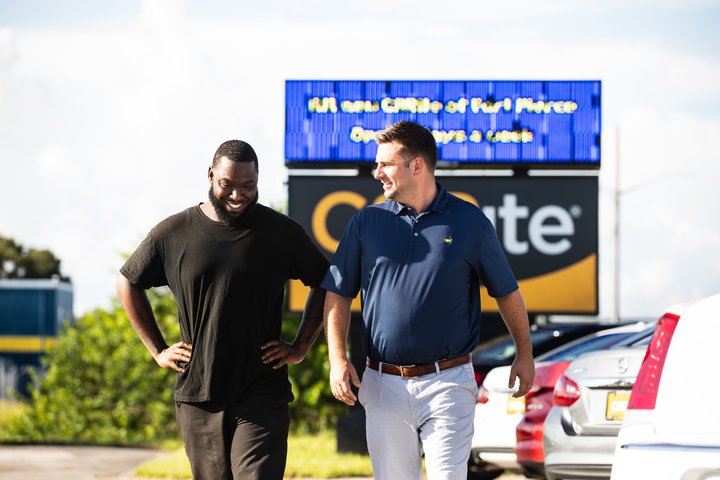 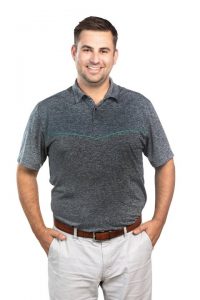 Alex Balk, owner of CARite in Fort Pierce, Florida didn’t have a lot of interest in cars growing up. “I wasn’t like a lot of other boys my age. If I saw a car I liked it was because of the color, I wasn’t interested in what kind of engine it had or what the model looked like,” says Balk. But after several years working as an accountant, Balk was ready for a change, eventually deciding that he wanted to open his own dealership. “Before I owned my own dealership, I worked at other car lots who used floor plans through competitors of NextGear Capital, and they all used dated processes or technology that made managing a floor plan difficult. But I still wanted to try using a floor plan when I decided to open my own dealership, so I signed up with NextGear Capital and my relationship managers got us up and running in no time.”

Balk has been a client of NextGear Capital for about a year and a half now and has seen dramatic growth during this time. “Since we started working with NextGear Capital we’ve leveraged our floor plan to revamp our sales, which are up 8 times the amount they were before.” Balk had always been a cash only buyer but quickly recognized the value having a floor plan can bring. “I love to pay cash and I could still pay cash for my inventory, but I’d only have a handful of cars on my lot. It’s like I tell other dealers who’re hesitant about floor planning, wouldn’t you rather sell 200 cars instead of 12? Paying cash can also slow the process down and we would not be able to maintain our turn time of 12 to 14 times a year using cash alone. We’ve been very efficient in achieving a turn time in under 30 days and without the funding we receive from NextGear Capital that wouldn’t be possible.”

As a millennial, working with a floor plan company that uses the latest technology is essential says Balk, “Anyone coming up at my age in the business right now doesn’t have the time or attention span to manage multiple things, so having everything streamlined and in one spot is important. My time is valuable, so I don’t want to work with a floor plan company that takes several days to floor a vehicle when NextGear does the same process in just a few hours.”

Balk is also a self-described Account Portal super user and he’s done several demos on his own for other dealers. “Account Portal is such a powerful and intuitive tool, but you can teach anyone to use it in about 15 minutes. I know a lot of dealers are hesitant to try new technology but when I show them what I can do from my phone they’re amazed. For example, an Account Portal feature I like is Expedited Funding in Rapid Pay. I can scan multiple vehicles and floor them in less than 5 minutes and the money will be in my account by the next day. Another tool that’s extremely handy is Self-Reconciliation, because I can clear a whole row of cars on my lot in just 15 minutes from my phone and then get right back to desking deals. The faster and easier it is for me to do those parts of my job, the more efficient I’m going to be overall.” 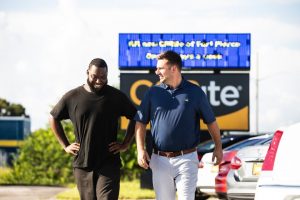 He’s also embraced several other products in the Cox Automotive family to help run his dealership. “We use several Cox products because everything talks to each other and it’s cutting edge technology that’s streamlined from top to bottom. Tools like VAuto, give you real-time market figures and knows your competitive set. Our model here is to be a price leader with high volumes and lower margins and without tools that manage that for you, we would have no way of knowing what other dealerships are listing their vehicles for. We also use Central Dispatch to transport our vehicles and since it allows us to track payments so as soon as the gate release is available on Account Portal, we can send it to a transporter and they‘re able to drop the cars off sooner.”

Being able to adapt in a changing world has been one of the keys to his success says Balk. “Most people are kind of set in their ways and part of the success we’ve achieved has been due to our willingness to evolve. I know a lot of dealers still like to visit the auctions in person so they can kick the tires, but that takes time away from your dealership. It would be incredibly time consuming and difficult to purchase the amount of vehicles we want without being directly integrated with online purchasing options like Manheim’s OVE.”

Though Balk relies heavily on technology to run his business, it’s important for him to have easy access to customer service when he needs it. “One thing I’ve found exceptionally useful on Account Portal is the chat function. You’re talking to a well-informed representative who can usually answer any questions you have within a few minutes instead of a robot or someone across the world who doesn’t have the knowledge or information to help you. A lot of other vendors are checked out for the day once its 5 o’clock and that’s not the case when you work with NextGear Capital.”

Despite his newfound love of moving metal, at the end of the day it’s all about family for Balk. “What gets me up every morning is my family. My wife and I have two small children and are about to have a third, so managing a thriving business that’s able to provide for them is what starts my engine each day.” Balk’s also grateful that he found a floor plan company that was willing to work with someone relatively unexperienced in running a dealership. “NextGear Capital took a chance on a new dealership and they were able to provide us with enough financing to be successful.  When I think about the future, the most exciting part for me is we’ve already identified the recipe for success. I plan on expanding my business to new locations throughout the state, using NextGear Capital to duplicate that recipe while I continue to grow my business.”