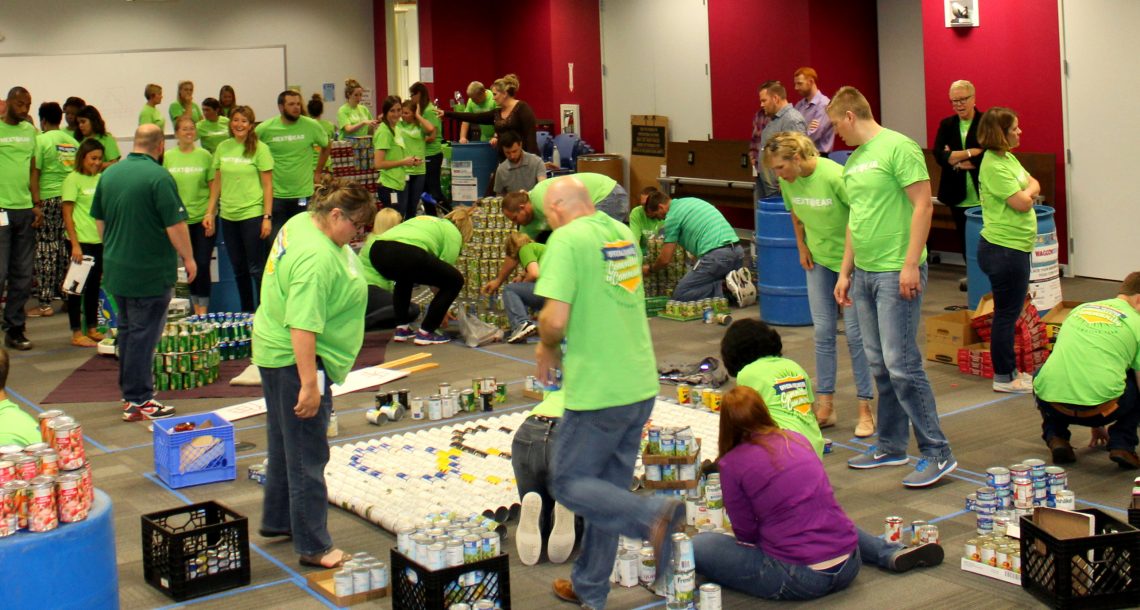 Each year, NextGear Capital sets a lofty goal for its Drive Away Hunger campaign. The goal this year was to donate 14,000 pounds – nearly two times the 2015 goal. Team members in the corporate office, those spread out across the nation in the field, and NextGear Capital’s Canada office all participated in the two week long food drive. This competition among departments encourages team members to bring in non-perishable goods that they can use to build a structure and then donate to their local food bank.

The pinnacle event of the drive is CANstruction, which pits departments against each other to build the ultimate structure out of the food they collected. 11 teams across Canada and the United States built creative and innovative arrangements in 2017. From a fire hydrant that “extinguished hunger” to a baseball field that “knocked hunger out of the park”, teams rallied together to fight for the top spot. 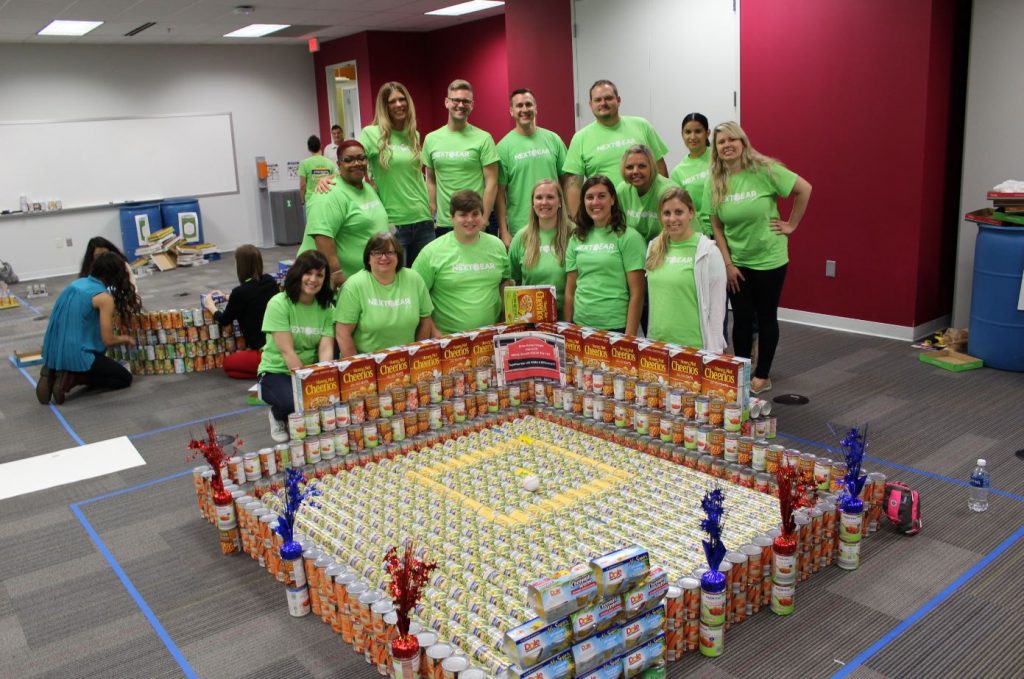 Judge’s Choice: The Lending Department’s team, Knock Hunger Out of the Park, CANstructed Wrigley Field complete with a baseball diamond, score board, and decorations that resembled fireworks! The team also secured third place out of all Cox Automotive teams. 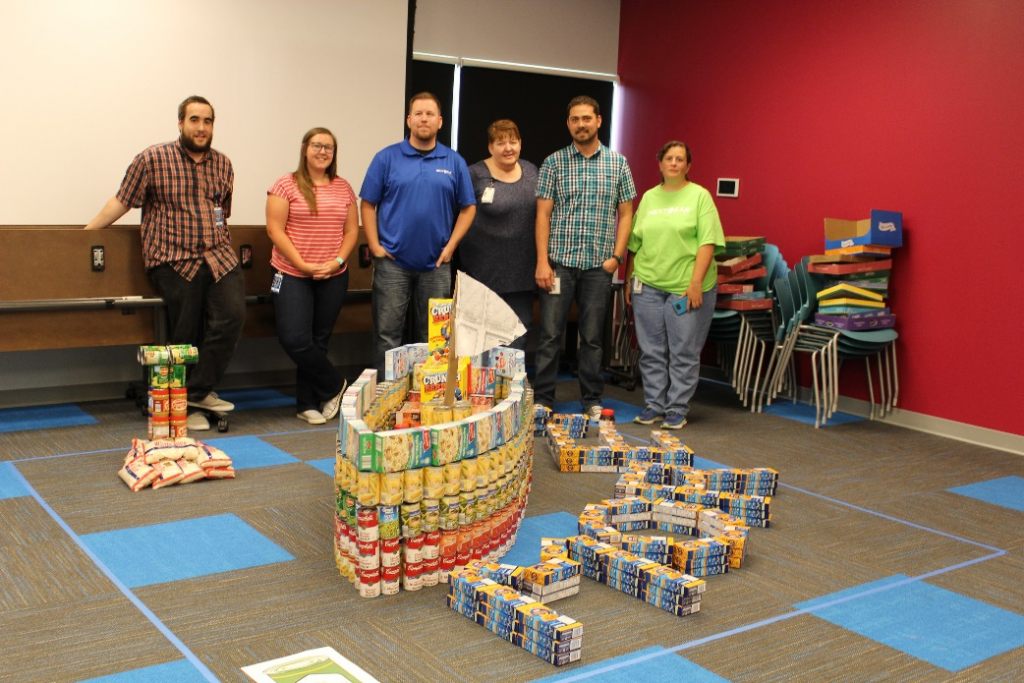 Most Wanted: Records and the Shared Service Center team, the Crunch Berries, were awarded the Most Wanted trophy. Using the largest variety of Gleaner’s most needed items, the team CANstructed a ship completed with a sail made of (old and void) car titles! 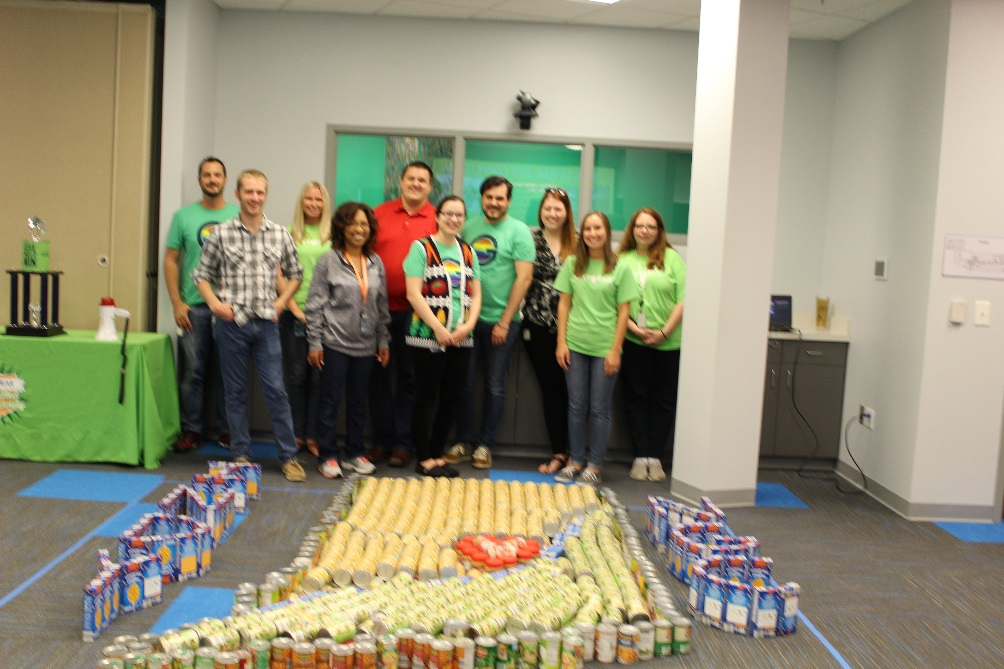 People’s Choice: Sticking to their roots, Customer Experience’s team, CANtabulous, CANstructed a life size rendering of the state of Indiana including the White River!

With corporate, field, and international team members working together, NextGear Capital was able to donate a total of 14,105 lbs. to food pantries across the continent! The corporate office was able to raise over 11,000 lbs., field team members raised over 2,000 lbs., the Canada office raised almost 500 lbs., and team members donated $1,750 in cash donations, which equates to approximately 5,250 meals.

NextGear Capital strives to make an impact in the communities where our team members live and work. Commitment to Community is not only a Cox Automotive value, but a strong core value for NextGear Capital as well. With over 240 volunteer hours logged for this campaign alone, it truly speaks to NextGear Capital’s commitment to serving the local community.

If you are looking for more ways to get involved with Gleaners Food Bank of Indiana, click here to visit their website and explore more volunteer opportunities.