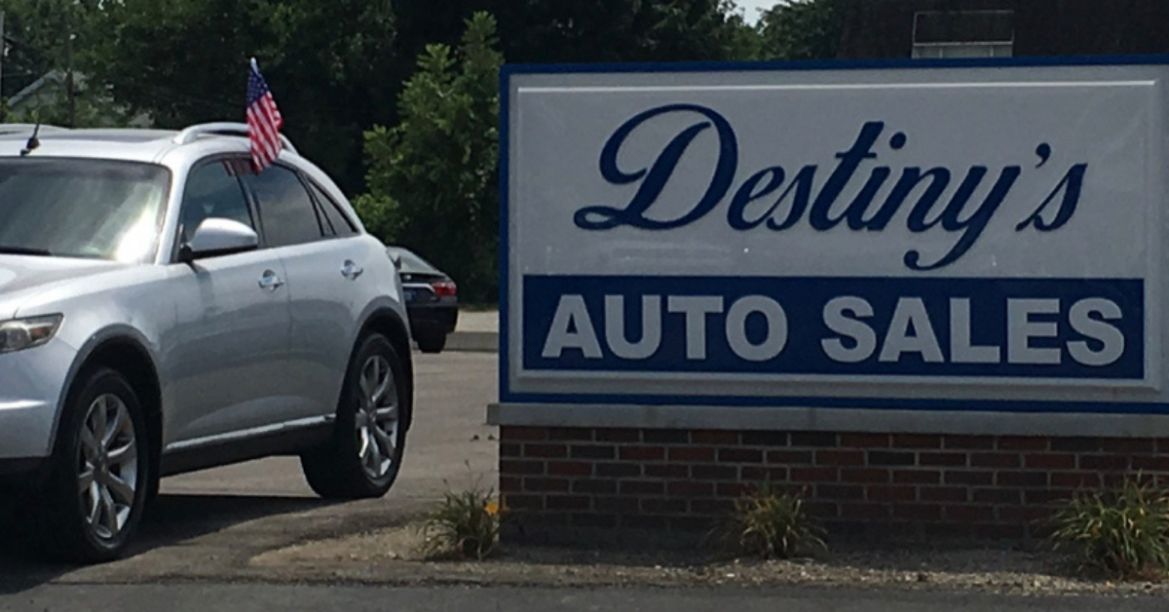 When Irene Whitesides started working at a car dealership in 1998, she said that she was the only woman on the sales floor. “The car business used to be a man’s world,” she said. “It was hard because I was a single mother with two kids at the time but I decided that I was going to make it work so I could provide for them. It wasn’t long before I became the top salesperson at the dealership every month and made more money than I ever had before. After a few years, I met my future husband, David Whitesides Sr. and we opened Destiny’s Auto Sales in 2003.”

As soon as the Columbus, OH area dealership was up and running, she knew she wanted to get a floor plan. “When we opened the new dealership, we were basically just starting out with faith, so I needed a floor plan to purchase inventory with,” she said. She started out with a modest $25,000 floor plan through Dealer Services Corporation (DSC) who she had worked with previously at a different dealership.

When DSC was acquired by NextGear Capital, Whitesides says that it was a little bit of an adjustment at first but she felt supported by her NextGear Capital representatives. “My Portfolio Manager comes by regularly and he is the best,” she laughs. “In fact, I would steal him if I could! A little over a year ago I was struggling with aging units on my lot. So, I had to find some new solutions to help move my inventory and my Portfolio Manager told me about OVE and reached out to Manheim for me. Now when my inventory gets to a certain number of days on my floor plan, I put them on OVE and that has helped me move them a lot sooner. I also started doing both retail and wholesale sourcing which has also kept my inventory moving.”

Whitesides says that she purchases inventory both in-person at auctions and online. “It’s hard to get inventory right now. We used to have between 60 to 100 vehicles on our lot but we’ve struggled to maintain that amount. I’ve never seen anything like this before.” She says that one thing that hasn’t been a struggle is managing her floor plan through Account Portal. “It’s very user-friendly and it’s very helpful to use for things like reconciling my audits.”

Inventory isn’t the only challenge Whitesides says she’s facing. “You can’t get inventory and you can’t keep staff right now. It’s a whole different world out there right now. Before the pandemic started, I would have between 12 to 14 people on my staff and right now I only have four including me. My husband runs the service department and we used to have a detail shop but it’s not open right now because I haven’t been able to find the staff to keep it going so I’ve been using a mobile detail service instead.”

Despite this, she says that she’s never been one to back down from a challenge. “When I went to my first auction to purchase vehicles, it was very intimidating because I was the only woman there. But after a few months I got some guidance from a supportive auctioneer, and I started to feel more confident buying cars and learned how to make good inventory choices. Now when I go to auctions it’s totally different. The same dealers who used to try to bid me up because they underestimated me, now respect me because not only did I survive, I thrived.”

After her longevity as an independent dealer, she says that anyone looking to enter the industry should start small. “You have to crawl before you run. A lot of the new dealers take on too much too quickly and are out of business before they know it. There’s a joke among independent dealers that floor plan companies are loan sharks. But if I didn’t have a floor plan, I wouldn’t be able to get the inventory I need. I think NextGear Capital is different because they look at each independent dealer individually so they can find the best floor plan to meet their needs.”

When thinking about the future, she says that she just wants to keep going. “Our company is strong! We’ve been here for almost 20 years and even with all the changes over the years, we’ve kept growing and I now have a $475,000 floor plan. There’s a small number of independent dealers that have been in business as long as I have and I really think that’s because we don’t bite off more than we can chew and we make the right moves at the right time.”