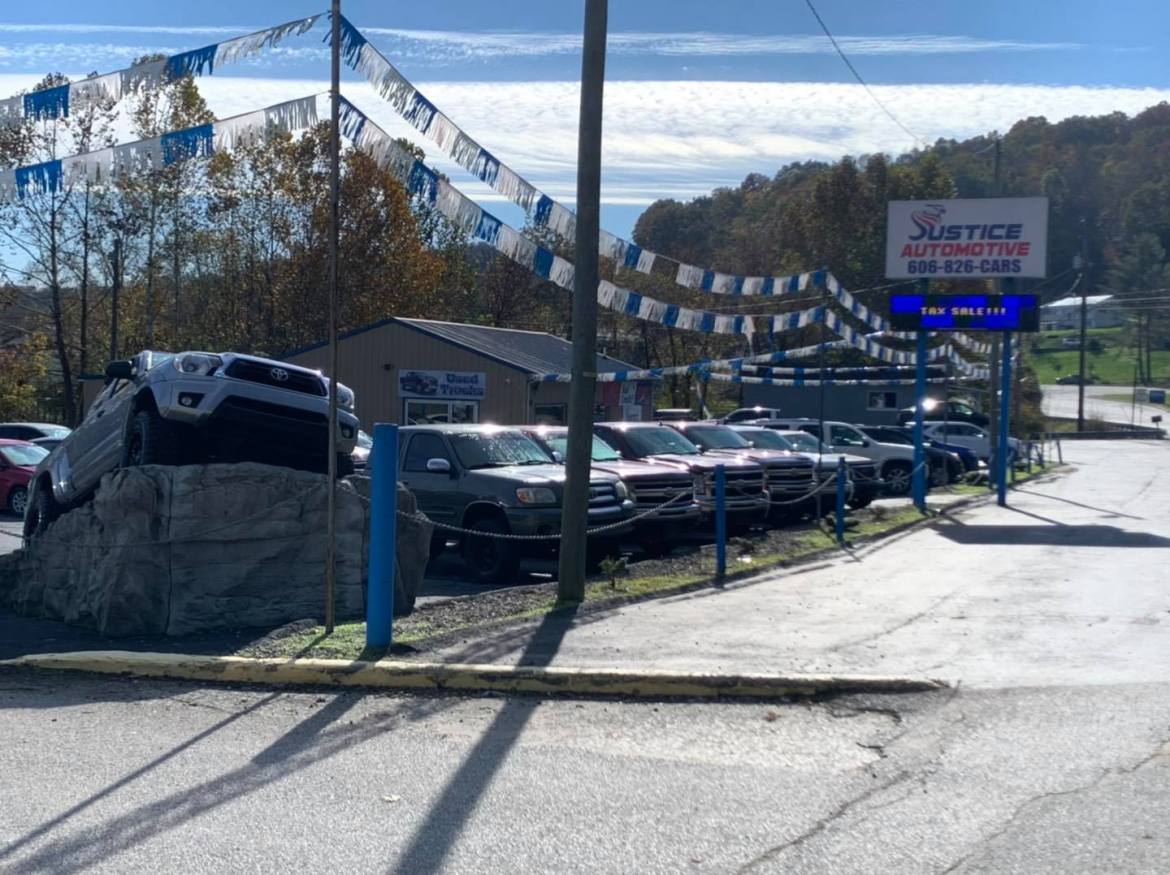 Bruce Justice was working as a technology sales representative when he decided that he wanted to make some additional money on the side by selling a few vehicles. “In the state of West Virginia, you can sell up to four vehicles a year without a dealer’s license, so that’s how I got my start,” Justice said.

It didn’t take long before Justice decided that he wanted to continue to supplement his income by selling more vehicles, so he decided to get his dealers license and purchase a trailer to set up an office where he could interact with his customers. He was still working full-time at his other job when an opportunity to purchase a dealership presented itself. “I found out that the owners of a dealership in Louisa, KY were looking to downsize during the beginning of the pandemic,” he said. “I decided that I was ready to take the leap and leave my current job instead of staying mediocre, and that’s how Justice Automotive got its start.”

While he was a little hesitant to get a floor plan in the beginning, what he really found challenging was finding a company that would approve him for a floor plan since he was new to the independent dealer space. “I reached out to a few companies but none of them would work with me,” he said. “When I contacted NextGear Capital they immediately helped me through the approval process and I got my floor plan in a couple of days. Even though I have other options now that I’ve been in business for a while, I’ve decided to stay loyal to NextGear Capital because they’ve been there for me since the beginning.”

Now that he’s had his floor plan for over a year, he says that getting one was the right decision. “It’s really simple, the more vehicles I have the more I can sell. I like Account Portal and think it’s more user-friendly than other online account management systems. I also really like my Portfolio Manager, we work really well together and it’s been a good relationship.”

While he took all the precautions necessary to keep his customers safe during the pandemic, he didn’t make any changes to his business model or sales strategy. “I just tried to get on with business as usual and ignore the pandemic,” he said. “I list my inventory on Facebook Marketplace and my sales never declined because I was consistent about advertising my inventory and keeping it updated.”

Justice says that his biggest challenge recently has been finding quality vehicles to buy. “Despite the higher prices, sourcing inventory hasn’t been an issue yet but I’m finding that I have to do more maintenance on the vehicles I’m purchasing. I’ve also found that my customers aren’t concerned about the increased price on my inventory as long as they can make the monthly payments, so I work with them on the financing.”

His future goals include growing into his current location which can hold about 65 vehicles, he currently averages around 25 sales a month. “I also want to open a service department and eventually open another location,” he says. “I’ve talked to one of my friends about buying his dealership in a few years when he’s ready to sell it so that’s an opportunity I’m looking forward to.”

When it comes to providing advice to new dealers, he says to just pace yourself, “Start out slow and put the work in. You’ll eventually figure out how much inventory you should be carrying on your car lot and by having a floor plan, you’ll be able to grow your business off that pace.”